Don’t Be Afraid to Decide 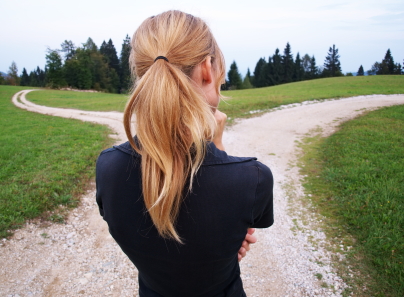 I had just finished preaching at Word of Life Pines in New York when Harry and Millie Bollback invited me over to their home for a late-evening snack. As we were chatting, Harry told stories about his days as a missionary to the Indian tribes of South America in the early 1950s. Early on, he realized that the Indians they won to Christ must be trained to lead the churches they were establishing. That meant starting a Bible school. He mentioned that his attitude was to try something, and if it didn’t work, to try something else. As a Marine in World War II, Harry had gained a gung-ho attitude that served him well in pioneer mission work.

He then applied that principle to the students he counseled at Word of Life Bible Institute. As graduation drew near, he asked them what they planned to do. Usually they had two or three options. “Are they good opportunities?” They almost always said yes. “Which one are you going to take?” If they didn’t know, Harry told them to pick one and get started. “If it doesn’t work out, God can always lead you in another direction.” Then he added something that made perfect sense to me. “If you wait for another year, you won’t have done anything, and you’ll still have to make a decision.”

I knew a man who was stuck in exactly that situation. He had so many things he wanted to do that he dillied and he dallied, he thought about it and prayed about it, and he ended up repairing cars because he couldn’t make up his mind. You might call that the “curse of too many options.” By contrast, I remember hearing a professor say that at each step in his journey, he either went back and worked on the family farm, or he continued his education. He ended up going to college, then to seminary, and then to get his doctoral degree. That led to a long and distinguished career as a teacher. He said he just took the next step that was open to him and God took care of the details.

You can’t stand at the crossroads forever.
At some point you’ve got to decide.
That’s what Harry Bollback meant.

Life is short.
Don’t be afraid to decide.
Let God take care of the future.