A Day Without Miracles 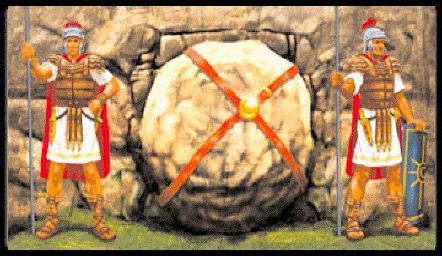 “They rested on the Sabbath in obedience to the commandment” (Luke 23:56).

We’re not told a great deal about the “silent Saturday” between Good Friday and Easter Sunday. Because it was the Jewish Sabbath, most of Jerusalem was shut down. The disciples of Jesus, shocked by his bloody crucifixion, hid behind closed doors.

About the only action that day took place in Pilate’s hall. Although Jesus was most definitely dead and buried, the Jewish leaders were still skittish. They had heard crazy talk about Jesus rising from the dead. That of course was impossible, but they had to guard against all eventualities, so they went to Pilate with a strange request:

“Sir,” they said, “we remember that while he was still alive that deceiver said, ‘After three days I will rise again.’ So give the order for the tomb to be made secure until the third day. Otherwise, his disciples may come and steal the body and tell the people that he has been raised from the dead. This last deception will be worse than the first.” (Matthew 27:63-64).

At this point, the enemies of Jesus have more faith than the disciples. After all, the disciples are in hiding because they fear what the Jewish leaders might do now that Jesus is dead. The disciples aren’t expecting anything to happen, and they certainly have no plans to steal the corpse from the tomb. At least the Jewish leaders think something strange might happen at the tomb of Jesus, even though they weren’t expecting a resurrection.

Jesus still causes trouble even from the grave.

Slowly the hours pass on that “silent Saturday.” The women prepare spices to take to the tomb early on Sunday morning. They weren’t expecting a resurrection. They were planning to anoint the dead body of Jesus, which explains their consternation when they found the stone rolled away and the tomb empty.

Nobody was expecting a resurrection.

Meanwhile Pilate does what any good leader would do. He covers his bases by giving this order:

Russell Moore calls this the funniest verse in the Bible, as if a guard could keep Jesus in the tomb. After quoting the verse, he adds, “Good luck with that.”

While the Jews try to keep Jesus in the tomb, a miracle is on the way. Pilate is about to receive the shock of his life.

On Saturday, everything seemed hopeless.
On Sunday morning, the whole world changed.

Hang on a little longer. It’s Saturday, but Sunday’s coming.

Lord Jesus, waiting is so hard. And waiting is what this day is all about. Grant us faith so that we will be ready to rejoice when Sunday comes. Amen.